The Amazon rainforest is fundamental for the planet. Why?

13% of world’s trees are located in the Amazon

The Amazon basin is home to the world’s largest forest and longest river, the Amazon River, which flows for 6.992 kilometers, from the Andes to the Atlantic Ocean, carrying more water than any other river in the world.

THE AMAZON IS UNIQUE, INCOMPARABLE, DIFFERENT. AND IS DEEPLY THREATENED.

But what would happen if it disappeared? Is it really irreplaceable?

Its 400 billion trees keep enormous amounts of carbon and are responsible for water recycling in the atmosphere. They contribute to the formation of clouds, cool down the earth system and support primary productivity.

MANY CONSEQUENCES ARE FORSEEN, EVEN GLOBAL

The region in which the major Brazilian metropolis of São Paulo and Rio de Janeiro are located is at the same latitude as the great deserts of Atacama, Namibia, and Australia. Why is it not desert-like? Because the Amazon gives it flying rivers. Huge masses of water vapor that, driven by Elysian winds, bring moisture from the Amazon basin, providing rainfall and fertile land. Without the flying rivers, much of southern Brazil would be unable to sustain current agricultural and hydroelectric production, the country’s largest.
No forests, no water, no agriculture, no food.

Our planet’s climate is regulated (also) by a complex system of ocean currents, to which the Amazon contributes one-fifth of the global freshwater discharge. The volume of water in the Amazon is such that, at its mouth, seawater is pushed many kilometers into the Atlantic Ocean, which only manages to overcome the river’s resistance during the new moon. The collision of the waters causes waves of up to five meters that knock down trees and move shores. The phenomenon is called pororoca, which in the indigenous language means destroyer.
No forests, less water in the ocean.

The Amazon plays a key role in the planet’s climate balance, which is affected by the release into the atmosphere of the huge amount of greenhouse gases emitted with its destruction. The forest soil and vegetation contain more than 150 billion tons of carbon, which is released as carbon dioxide. Soil compaction caused by deforestation increases emissions of nitrogen oxide, also a greenhouse gas. The construction of dams releases the potent gas methane, also emitted by cattle ranching which replaces the forest.
No forests, no chance to control the climate crisis.

The Amazon has the highest concentration of biodiversity in the world. About 10 percent of the planet’s vertebrate and plant species are compressed into an area that corresponds to 0.5 percent of the Earth’s total surface area. Many species are found nowhere else. This is a unique and mostly unknown wealth, the loss of which would be an incalculable, economic and cultural damage.
No forests, fewer food, energy and medicinal resources.

Modern medicine would not have been possible without the contribution of natural products such as plants, animal toxins and microorganisms. It is estimated that 40 percent of available drugs have been developed from natural sources, a percentage that rises to 70 percent in the case of cancer drugs and antibiotics. The immense genetic heritage of Amazonian biodiversity is of inestimable economic and strategic value in the field of new drug development.
No forests, no new drugs or new herbal medicines.

The Amazon has been inhabited for more than 12,000 years. The forest peoples bring together indigenous groups, traditional peoples, caboclos and quilombolas and have developed a vast cultural diversity. An extraordinary wealth of languages, practical knowledge and survival strategies are being irreparably lost due to deforestation. Seventy-five percent of Amazonian linguistic diversity has already been lost, leaving no written record.
No forests, no traditional knowledge.

The area of the Amazon rainforest continues to decline, and 18% of the original cover has already been lost. Cumulative deforestation amounts to 795,000 km2, equivalent to the area of 2 Germanies.

In addition to the loss of intact forests, the degradation of terrestrial and aquatic ecosystems due to fires, mining, poaching and pollution continues.

At this rate, the forest does not have many years of life left.

Human disturbance and rising temperatures are pushing the Amazon towards irreversible loss of the rainforest and its biodiversity.

The point of no return, when major ecosystems will irreversibly collapse, appears to be only 15, perhaps 30 years away.

Unstoppable, the transformation process will result in nearly 70 percent of the forest becoming a drier, savanna-like ecosystem.

THE GOOD NEWS IS THAT MOST OF THE AMAZON RAINFOREST IS STILL STANDING,

AND SAVING IT IS STILL POSSIBLE

80% forest cover is the minimum needed to avoid the potential point of no return and ensure aquatic connectivity between rivers in the Amazon basin.

WHAT CAN BE DONE?

Stop deforestation and ecosystem degradation now and find alternative paths towards the sustainable development of the region.

THE RESPONSIBILITY TO SAVE THE AMAZON IS GLOBAL, AS ARE THE BENEFITS IT PROVIDES AND THE BURDEN OF ITS DESTRUCTION. 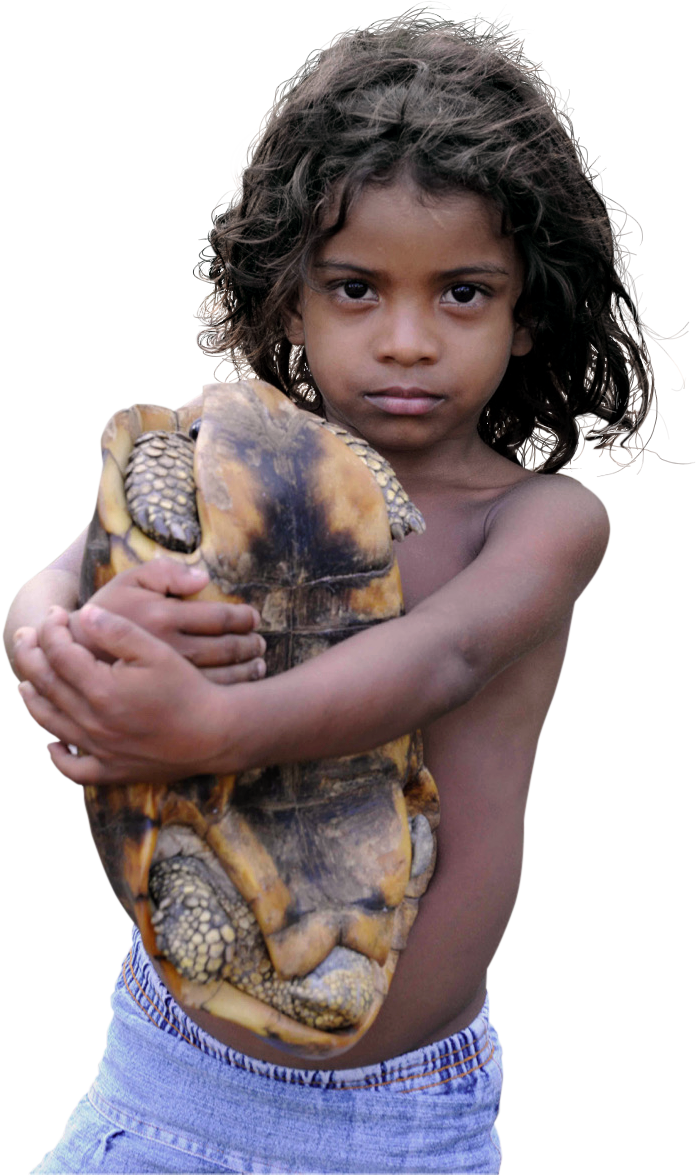